All Aboard for the Silicon Roundabout

UX Passion heads to London this week to present Sidekickr TV idea to investors gathered at the Google campus at Tech City.

At UX Passion we’re heading off to London’s new Tech City for the next two days. Based around the Silicon Roundabout in the city’s buzzing East End, this area developed a reputation as a magnet for high technology companies with companies like TweetDeck and Last.FM calling it home.

Some bright spark in the UK government clearly realised that investing in high growth industries, research and development is the way forward in these post-crisis times, and that one way to make that happen is bring heavy-hitting investors like Google and Facebook to invest in a technology incubator. By 2011 there were some 200 companies inhabiting Tech City.

The Trade and Investment Team at the UK Embassy in Zagreb has invited a clutch of Croatian tech startups to jet off to England’s capital and take a look at what’s going on – among them UX Passion. There, we’ll have the chance to take a tour, visit the tech accelerator space and make a pitch at the Google campus for our SidekickrTV intelligent TV system.

You might recognise some of the other folks that will be with us, such as Rimac (with their super-sexy electric sports car) and Hypersphere (with their low-cost, environmentally sustainable alternative to satellite monitoring). These were companies also wooed by the Americans when Geeks on a Plane visited this autumn, so we’ll see what the verdict is: Swinging London or California Dreaming?

Speaking of which, did you know this week is Global Entrepreneurship Week? As part of the activities in Zagreb, we had a chat with Kenneth Merten, the new US Ambassador to Croatia. Topics under discussion were the state of the nation and how innovations like ours can help us leap into a brighter and more prosperous future.

Nice to see the UK and US leading the charge to a diverse, buzzing global economy powered by high-growth companies like ours! 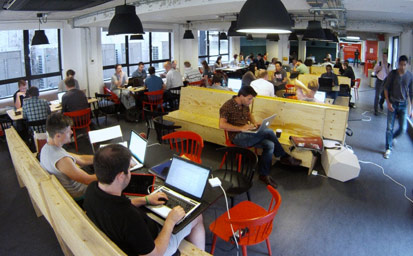