The year 2010 is behind us and it’s time to reflect on it for a bit and then to see what 2011 will bring for us with respect to web design and web development.

I had 2 posts for predictions last year – Web development trends for 2010 and Web design trends for 2010. Looking back at them I can say that most of the things mentioned there were spot-on. I’m not an oracle nor am I trying to be one – but it’s fun to make predictions and then, a year later, take a look at them and see how close or far you were in your guessing.

My biggest “miss” was Augmented Reality – I was expecting to see significantly more traction for this technology in 2010. Also, I was talking about RIA platforms like Flash, Flex and Silverlight but I was sure to mention HTML5 and CSS3 as something to keep an eye on, as well as mobile apps. Those were definitely hits.

Web (and not just web) design and development trends for 2011

1. HTML5 and CSS 3 will get a lot of press, some decent implementations but still will be inadequate for most advanced scenarios possible today with Flash or Silverlight. And that is expected since HTML5 does not aim to compete with classic RIA technologies but rather to complement them or to allow some of the rich functionalities without plugins. Anyhow, to keep up with the HTML5 developments will be one of the major tech needs for web devs and designers.

2. HTML5 / CSS 3 “fully” compliant browsers and development / design tools will be more common and widespread. With Internet Explorer 9 and Firefox 4 supporting hardware acceleration for HTML5 graphics and rendering, and with virtually all major browsers scheduled for 2011 supporting HTML5 and CSS3 this seems like good support for those technologies. However, we still miss decent authoring / design / coding tools and 2011 will be the year we will see more and more of those on the market.

3. Mobile web and hybrid mobile apps will see a rise. I expect to see mobile web pages to become more or less ubiquitous in 2011 and more and more developers will go for hybrid mobile / web apps for numerous reasons – ease of distribution and upgrades being just some of them. This will, of course, open space for a bunch of frameworks to help out and speed up the process for devs and designers. Expect to see a bunch of Marketplaces for HTML5, mobile and related apps.

4. The mobile sector will continue to grow, but the tablet market will prove the next big thing regarding platforms. With the iPad on the market, rumors about the iPad 2 and some limited Android tablets on the market right now, this form factor is set to succeed in 2011. At least three major players will be here – Apple with the iPad products, Google (through Android OS) and, ta-da, guess who comes late to the party though they had the advantage years ago – Microsoft. Anyhow, for consumers the tablet factor will be the top hit, and for designers and developers this will be the next frontier. However, I expect to see some challenges when it comes to the user experience on those devices since the market is still immature. Designers and developers are still learning (the exception here is, of course, the iPad) – but I’m reserved when it comes to designs based on Android and Microsoft’s tablets. We will see…

Oh and yes – both Android and Microsoft guys will have to build new tablet-based versions of their operating systems. Just porting Windows or Android to the tablet devices simply won’t be enough. Learn from Apple, guys! iOS is NOT ported OS X!

5. The social web will be relevant, but data analysis and analytics and data science will be the next hot-spots. Maybe we will see the birth of some crowd-sourced social-like data analytics slicing and dicing sites and services. I’d be interested to see how that will work.

6. QR codes – it’s not really a web design or web development trend, but QR codes will be in focus during 2011. You’ll find them in all sorts of places – from magazines, airports, product packaging to business cards. The only question here is how will Microsoft Tag survive this QR offensive (and will it, at all?). Since augmented reality was not a hit as I expected it to be in 2010, maybe QR technology will pave the way for AR in the future.

7. Talking about RIA platforms and phone / tablet devices – there won’t be Flash or Silverlight on iPad, iPhone or anything Apple really. There will be some sort of Flash Lite for Android tablets, Windows / Microsoft tablets will have it both. There will be Flash Lite on Windows Phone 7 as well as support for Silverlight in the browser on Windows Phone 7.

8. The Cloud will enable us to build universal user experiences – though we will see some ideas around this in 2011, the real boom can be expected sometime in 2012 with better offerings and wider availability of Cloud-based services, for example, Microsoft’s Azure platform. Having this in mind developers and designers will need to develop an appreciation and understanding that many different form factors, platforms and resolutions will be out there and consuming the same data located in the cloud. UUX is something I personally see as one of the hottest topics in the year(s) to come.

9. Third party apps built on Facebook and Twitter (and other) APIs will be stagnant with several exceptions. This holds true especially for Twitter apps and services since the company is changing its API every once in a while and also introducing services that were previously offered by third party developers – therefore cutting them off and cannibalizing their businesses. Solution? Look at the 10th prediction…

10. The de-commoditization of design, UX and related services will start gaining more and more traction as a mean to differentiating yourself and your company (services, products) on the market. We are not going to sell our services or products; we will be offering user and service experiences. This is certainly a trend that is shaping up as we speak and will continue to do so through 2011 so it’s something worth keeping an eye on!

What are your predictions? Feel free to share them in comments, I’d love to hear how you see 2011! 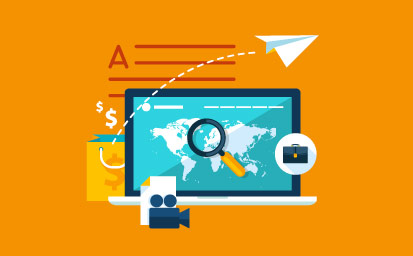