Here are some of web development trends that will dominate during the 2010. See what is new and coming in 2010 and stay ahead of the curve!

Trends appear and disappear. Here are some of web development trends that will dominate during the 2010. I’m covering 5 trends regarding the web development. From real-time web and collaboration to geo-tagging and RIA frameworks… See what is new and coming in 2010 and stay ahead of the curve!

Some of my picks from both categories have already emerged in 2009 but some of them will go mainstream and shape our experiences and interactions with web. So here they are, with no special order…

Web development and technology trends for 2010

When Twitter appeared, people were skeptical about it. Hell, what’s the deal with 140 chars? I have Facebook and I can share my status updates with others. Then Twitter started to grow, and grow… and it’s growing as you are reading this. Why? Answer is simple – real-time web. When Michael Jackson died – news spread through the Twitter like wildfire causing it even to collapse (Twitter-famous “fail whale”). And a bit more local example – when Croatian ex Prime Minister Ivo Sanader has cowardly left the nation without providing the answer why is he leaving – Twitter was fist to buzz about it and openly discussed the reasons for why is he leaving. Need more? Iranian elections – government has shut media, but many Iranians have used the Twitter to communicate and spread the word about repression and killing the freedom of speech.

And it all happened in the real time. No newspapers, no media stories – Twitter was the first. Today I’ve learned about major TweetDeck (Twitter client application) deployment within news corps.

Apart from Twitter, Google Wave is also promising real-time and web collaboration platform. Although people are still having somewhat “WTF” facial expression when dealing with the Google Wave – it’s certainly something worth keeping an eye on.

In the long rung – real time web and collaboration scenarios it has opened (and it is still opening them) can prove to be a major change in the way how we work, live and play. Good example where all this can be used is – real-time distributed journalism.

Social networks themselves are not big news. They are so 2008 – as some of my friends like to joke about them. But in the 2010 social networks will continue to dominate and be central pieces of our web interactions. But – in a somewhat different way.

Previously we all used LinkedIn or Facebook just to merely setup our profiles, update aour status and connect with Friends and “Friends”. Nowadays, all major social networks are exposing their API’s allowing you to create really cool an innovative mashups. Taking the status from Twitter and drawing it in the real time over the Google Earth map is just one of the very simple examples.

What will 2010 bring? I’d say we will see explosion of social gaming (playing games with friends over social networks, even on mobile devices) and certainly, again closely related to mobile web – geo tagging. GoWalla is great (though not the single) example of this – you can easily share your experiences with all your Facebook and Twitter friends. Travel around, add spots, check-in on them and – geo tag the world.

For long time web was nothing but the HTML. And then some JavaScript. Then richer and richer experiences have started to show around. In the later time, everyone seems to be talking about software as a service, rich web, and rich interactivity models – all in all – web is becoming central platform. Taking all this into account it is obvious that some older technologies are evolving and adapting to new trends (HTML 5, new generation of browsers, CSS 3…) while also some completely new technologies are finding their place around.

Silverlight, Microsoft’s answer and technology for building rich online (and some support for offline) web and interactive experiences as well as Adobe’s Flex are major players in this role. Both of them are targeting wide range of browsers and supported platforms aiming to deliver full, immersive, rich interactive experiences for all PCs, Macs and even mobile devices.

This year, 2010, will definitely bring bunch of new projects and innovations being built with RIA frameworks bridging the (still wide) gap between desktop experiences and those on web. I also expect to see some major competition here between Adobe and Microsoft – not only limited to Flex and Silverlight but even on a broader scale. And for sure, let’s not forget the HTML 5, full CSS 3 implementation and new major browser releases and innovations connected with JavaScript frameworks like jQuery and others…

Let’s me start with the definition from Wikipedia: “Augmented reality is a term for a live direct or indirect view of a physical real-world environment whose elements are merged with (or augmented by) virtual computer-generated imagery – creating a mixed reality. The augmentation is conventionally in real-time and in semantic context with environmental elements, such as sports scores on TV during a match. With the help of advanced AR technology (e.g. adding computer vision and object recognition) the information about the surrounding real world of the user becomes interactive and digitally usable.”

Still don’t get it?

Take a look at this video then:

Superimposing digitally created objects on top of the real ones is certainly a big thing. Two years I ago I’ve built a really nice working prototype for this based on WPF (Windows Presentation Foundation) and played some Star Trek game with it. Today, big players like Google are exploring the possibilities of AR. Imagine using your phone – looking through at and seeing locations of nice restaurants, historical sites and so on. I’m betting that during the 2010 we will see some major improvements in this area.

Oh, and don’t forget the Layar, one of my personal favourites in this arena of augmented reality competitors.

RSS aggregation is not a new thing. Netvibes, iGoogle and even Alltop have been doing it for a while: collecting information and news from all over the web. But content curation is a different thing.

Today, the biggest challenge in the web appears to be finding and consuming the right content. One can argue but we can blame content hyper production for this – and with hyper production comes the drop in the overall quality of the content. Just think about how many blog posts have been published today, how many Facebook, MySpace or Twitter statuses have been written today… The number is huge. And not all those information are bad on irrelevant – on the contrary. But the main challenge is to get to that relevant information as fast as possible and to consume it as effective as possible.

Personalization and custom tailored data and information delivery will start to play one of the major roles during the 2010.

Wolfram Alpha has pioneered (in its current form) data curation retrieval and consumption. Google Social Search also experiments how web search results based on social networks and personal preferences are being used in order to improve overall search results quality.

Ideas and approaches such are custom Twitter lists, specialized, professional feed aggregators and all those services specializing in the delivery of highly specific and targeted results will mark the 2010.

Major challenges with regard to this are still going to be ability to collect and organize information and data that are relevant, trustworthy and verifiable. From the technical point of view – new systems for curation, search and overall data and information retrieval will need significant improvements compared to the existing solutions.

Some also bet on crowdsourcing as a solution to these (or at least to a part of those) challenges, but while crowdsourcing might be good and useful for, let’s say, geo-tagging, in case where you are looking for highly specific and high quality data and information sources it might not be the greatest solution.

Anyhow, 2010 will be great and interesting year for web trends and for web development itself. And maybe for the first time in the web history – technical changes and innovations are as important as those having the social context. This, indeed, might be the turning point for the Web itself. 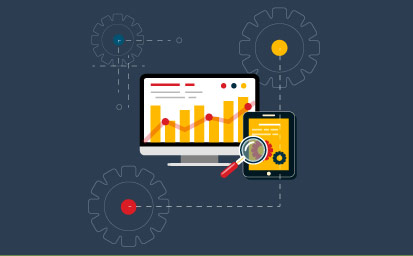