Usability: Interaction with the user – Part 1/2

Remember that the user is probably doing this for the first time and they can be a bit intimidated by the entire setting. Make them comfortable.

Ensure that all participants have your phone number so they can call in case they can’t find you. Ideally, it should be a phone number of one of your colleagues so that you won’t have to answer the phone during a session.

Some participants may be nervous about testing, and this feeling can be especially intense if they’re late for a session. Make sure you explain that they have nothing to worry about, and that running a bit late is not a problem – any stress unrelated to the website testing could distort your findings. Even if problems occur during the sessions, like the internet going down, make sure the user is not stressed about that.

Give the users a short introduction to what they will be expected to do. Exactly what you say will depend on circumstances, but here are some things you should mention:

It’s good to have a checklist of things you want to say, just to be on the safe side.

Following this introduction, you could tell users what the task is, but you don’t have to. Personally, I don’t tell them yet.

Remember, you want to re-create the situation that this participant would have had at home or in their workplace. The first thing many users say as they sit down is: “OK, what do I need to do?” Although it’s great that they’re eager to start, it can also mean that they’re in a rush get it over with or they believe they should act quickly, but in their home environment, they would be much more relaxed.

After making your introductory remarks, take a couple of minutes to get to know the participant. Just ask the basic things like what do they do, have they done anything similar on other websites and so on.

This doesn’t have to take a long time – a couple of minutes chatting should be enough. The goal is to make the user feel good and not under any pressure to succeed with the tasks.

No worries, you can catch-up and see our previous article in the series – Usability: Where the should be held 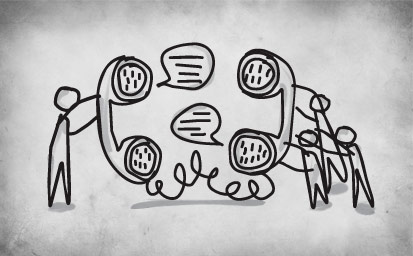