Developers, UX is not UI, learn that and stop trivializing!

Rarely passes a day when I don't get an invitation to some product demonstration or a technology showcase claiming to be a presentation about UX.

Rarely passes a day when I don’t get an invitation to some product demonstration, technology showcase claiming to be a presentation about UX. In most cases – developers show new UI controls, tech, code, and claim to be „talking about UX“. I say stop trivializing – and learn the facts!

Forgive me Father, for I have sinned

I do come from a developer and science background. I do understand and write some code, therefore, I understand developers’ lingo and overall logic. What I don’t understand is when developers who claim to be talking about UX (user experience), just keep demoing new UI controls and show us some technology demonstrations. Nice, neat, extremely important and cool I’d say – but that is not UX. Stop trivializing it and learn the facts.

Today, on Twitter, and later on the e-mail I’ve received an invitation to the LiveMeeting named something like „Building great user experiences with Silverlight 4“, before that, last week while at Microsoft Windays conference – same story – two lectures, two developers, really respected in their field and community demoing some nice tech things and calling it user experience. It was painful, frustrating and just plain wrong. (I’ll ignore the missed facts even in the tech part of the presentation – hell people can get confused thinking that Silverlight 4 is something that is powering Windows Phone 7 devices even if those people are MVPs. We all end up making mistakes and that is not a problem here…) However, talking about new user interface controls like RichtTextBox and showing the code how to connect it to a database and work with that is simply not UX. It can be called UI, UI development, even UI design (somewhat) but it is not UX. So, please, stop trivializing it and learn the facts. 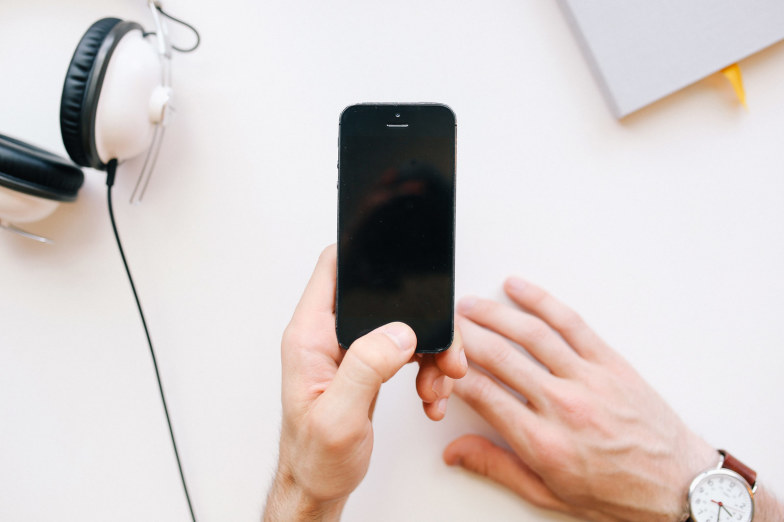 And while this might be just my personal feeling, I am under an impression that this kind of misunderstanding and trivialization of UX comes mostly from the developer-centric cultures like ones from Microsoft, Sun and IBM. The reason more for those companies to keep investing and educating all parties involved – you owe that to the customers and to the community of practice! Good things have been done so far – but obviously much more needs to be done.

I know UX is cool buzzword, (there are many more, most of them are acronyms…) and it is sometimes so tempting to use those buzzwords without really understanding what they mean – but, apart from the fact that this will make you look like a dilettante in the community of practice, it is just wrong. If we tend to call ourselves professionals then we should act like ones – and that means being ready to accept and learn new things even if they are not in our primary field of expertise. If I’m talking about new controls and UI patterns being built with *Insert_Your_Technology_Here* then let’s call them UI and not UX things.

What is UX then? I’m not going to reinvent the wheel but here are some popular resources that will help you to understand (and learn) the difference:

And one of the nicest articles on this topic: UX design versus UI development by UX Matters and Mike Hughes.

But at least, if you just can’t help yourself and like to use UX and talk about user experience (even though you know you are talking about UI and UI development), then, for the sake of your clients and users – practice at least some of the UX approaches and techniques. Or ask for a help from a UX professional – there are many great, bright and talented people out there. And they really do UX, not just talk about it. 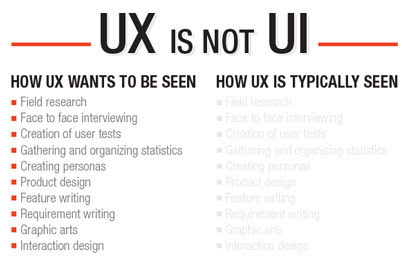