Amid the doom and gloom of global economic uncertainty, there are some glimmers of light. At least when you peek into the world of startups in Croatia...

Croatia also prides itself on several Nobel prize winners – but all of those inventions, innovators and champions have one thing in common: they are in the past.

So, what does the future hold for Croatia?

Recently, a major trend has been emerging – many people are setting up their own companies and taking on the startup challenge. Many of us, startup founders and / or CEOs, have been working outside Croatia and gathering experience and contacts and decided to return. I spent some time living in Denmark and after my career at Microsoft there I returned to Croatia and founded UX Passion, the company that gave birth to our Wall of Tweets. And today it seems that local talent has been noticed globally.

CRANE (Croatian Business Angles Network) and INI are co-organizers of regular Startup Wednesdays. Though being local in their nature, these events have helped many startups and founders to gain recognition and visibility. Last week Seedcamp was held in Zagreb for the second time, and Seedcamp has already invested in a couple of startups from Croatia – GIScloud and Farmeron. During Seedcamp, ZIP (Zagreba?ki inkubator poduzetništva / Zagreb Incubator of Entrepreneurship) was announced as the first co-working space supported by, among others, the University of Zagreb. And as if all of that were not enough, GOAP (Geeks On A Plane) have responded positively to all the buzz we’ve generated on Twitter and Facebook, and a really perfect gesture came from our president Mr. Ivo Josipovi? who used Facebook to invite Dave McClure and rest of the GOAP crew to Zagreb in September this year.

So, it’s clear to see that there’s lot of energy, buzz and positive ideas surrounding this community. And it’s wonderful to see how many startups are working together and helping each other with ideas, advice and contacts. Also, having Netokracija (an internet business and culture web magazine) helps a lot to spread the word and ideas from all of us who are part of this New Croatian Economy.

But let’s not fool ourselves and see everything through happy pink glasses – there are many obstacles for young entrepreneurs here in Croatia. Legislation is complex, the tax burden is one of the highest in the world (and I was living in Denmark, a country that once had the highest tax burden in the world, but we beat them), public services are slow and inefficient. Often times we are asked by government officials how the government can help us – and my answer is always the same: just don’t make the things worse – don’t try to help. In all fairness, the newly-elected government seems to be making some (slightly) positive changes and if nothing else, government officials are visiting a number of start-up and related events – but that’s just not enough. We need more effective, simplified procedures, lower costs of doing business and more flexible work and labour legislation to ensure that we’ll become and stay competitive.

In July next year Croatia will be finally joining the European Union. A huge, free and open market with numerous challenges – we, entrepreneurs from the New Croatian Economy will do our part of the job. It would be nice if the government would follow.

I’m proud to list UX Passion and Wall of Tweets among teams like Farmeron, GISCloud, WhoAPI, Once, Habbits, Shoutem, Salespod, Entrio, Spotie and many others. Great people and teams, wonderful ideas and projects with the potential to make meaningful contributions and changes globally – all this is what makes this New Croatian Economy so interesting. And hot. 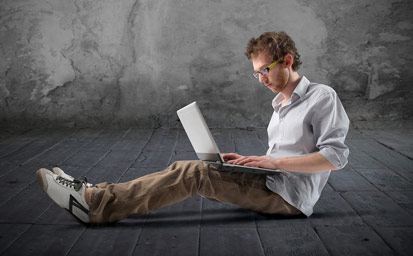