You can either try to find participants by yourself, or you can hire an agency. In any case, scheduling the testing is not going be easy.

Two ways to find them

There’s more than one way to find participants for testing. You can simply ask people you know to do you a favour and spend an hour going through the website. They shouldn’t have been involved in its creation in any way. If they haven’t been and they fit the criteria for the intended users, this should work out just fine.

The opposite approach is to hire an agency that specializes in finding people according to certain criteria, such as ‘older than 29’, ‘unemployed’, ‘has pets’ – whatever is relevant to the scenarios that you’re going to test. Of course, hiring an agency is a lot more expensive than finding people on your own, but if this is a rather large project and you need 50 or more people, it’s very unlikely that you already know that many or that all of them will agree to take part in testing.

In the end, remember that the participants should be rewarded for coming to take the test, either with money or some other form of gift.

If you need users who are employed, getting them to come to the testing site during working hours might be difficult. The alternative is to schedule the tests early in the morning or in the evening, but then you probably won’t be able to fit in more than three sessions per day.

Remember that there will be many more no-shows than you might expect. Things will always happen to people that will prevent them from coming to a test as planned, and you should always have a number of potential users in reserve, in case the scheduled participants let you know in advance that they won’t be coming.

My personal experience is that one in four participants won’t show up and more than a half of those will only let you know five minutes before the session. So, schedule at least five sessions per day and plan for three-and-a-half of them (on average) to be successful.

In case all the participants show up – it’s rare but it does happen – and if they’re not scheduled at the same time, conduct all the test sessions, even if it’s one or two more than the total number planned. If people have made the effort to get there, it’s not polite to send them home. In any event, having a bit more data won’t hurt.

No worries, you can catch-up and see our previous article in the series: Usability: Designing a test scenario. 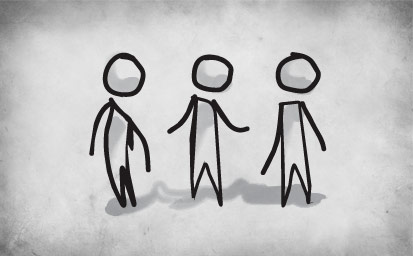