Tips about using flags, colors and flowers in user interface

While creating and designing user interfaces you face challenges like how to convey specific language or nation. You'll consider using flags, maps...

Often when you are creating and designing user interfaces for your apps or websites you face challenges like how to convey specific language or nation. You might consider using different maps, colors, symbols or flags in user interface design as a part of your user interface. But that can be challenging and even very dangerous.

We all love flags. They are nice; they have unyielding symbolic meaning, and they are easily recognizable. But most of all they are (in a majority of cases) national symbols and lot of emotions are related to them. But, just because of that, flags SHOULD BE avoided as elements of your applications or websites.

I’ve seen numerous cases when a flag of the United Kingdom or the United States is used as a representation of the English language. That is a dangerous practice, and I appeal to you to avoid doing that. For example, what about Canadians? They are also using English as language, Irish people too. I am sure you get the point. The Same thing is, for example, with the Spanish language which is in most cases represented by a flag of Spain. Why not a flag of Argentina? Or Bolivia? Or Honduras? Spanish is the official language in those countries too. Same goes for German (flag of Germany, though it is spoken in Austria and Lichtenstein too)… There are numerous examples, and you can easily see problems. Personal experience tells me that I always a remember seeing the Croatian language considered same as the Serbian (as many of my friends from Serbia feel when their language is confused with Croatian) and incorrectly called “Serbo-Croatian.” So, please, when you are designing your UI, don’t make mistakes like these. Your product might be boycotted in some markets just because you did not pay enough attention.

Another problem with flags is in the case of territorial and other political disputes. Kosovo’s flag is not something that you should be putting in a product targeting Serbian market. Same goes for flag of Taiwan in China.

So, don’t ever use flags as language indicators, country/region indicators and any derived indicators.

Exceptions: Flags can be used in case you are developing a solution like Encarta, Wikipedia or other reference-like product. But even then, take care about details – do you have an exact number of stars and stripes in USA flag? Does the Croatian checkerboard start with red square? Mistakes are elements that are easy to see and remember, and hard to forget. Think about that every time you are designing something like this.

TIP 2. Be careful with colors

Different colors have different meanings in different cultures. In most Western cultures black is symbol for death, mourning while the very same black as a part of clothing can be connected with pregnancy in Indian.

White color is the color of death in Japan, China, and some other Eastern cultures. Western cultures often connect white color with something clean, pure and marriage.

Red color is also strong when it comes to symbolical representation. In China, it is a color of celebration. In India, it is connected with purity. Also, there is strong connection between red color and socialism / communism, but then again, in the USA Republican party is often portrayed with red color.

One thing that I am finding to be fascinating is that in Japan stocks are presented in red color when their price is growing, just the opposite like it is in USA and Europe.

You do not need to avoid using those colors in your user interface or web page, but you might consider possible implications and always take into account what market are you targeting with your app or website. Use this article as starting reference and do some more exploration of this and other related topics.

TIP 3. Be careful when using flowers as symbols

Just like with flags and colors, attention should be given to the usage of flowers in your solutions. Many flowers are connected with symbolic meanings in various cultures and same flower in one culture can have different meaning in other culture.

Red roses are often used as symbol of socialism, and they can carry number of political implications (Labour party in the UK uses red rose as symbol among number of other left-wing political organizations.)

Lotus (if white-pink) can be considered as a symbol of India but generally in Asia, lotuses are connected with many cultural, religious and even national elements. They often represent new birth, creation and purity.

Among other flowers I will point out following: 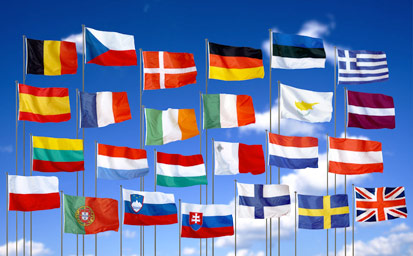