Interactive Freakout at SXSW is about to start

Vibor C's headed down Austin way, where he'll be experiencing this year's buzz in the tech world at SXSW. Keep in touch to hear what's hot...

Named “South by Southwest” as a play on the title of the Hitchcock film North by Northwest, the festival started life as a music event in 1986, but quickly outgrew both location and subject-matter based boundaries to become a behemoth of the festival world, attracting almost 25,000 visitors in 2012.

As well as six days of music, there’s a film festival with hundreds of screenings, a gaming expo, the Interactive part (which is where we come in), and more.

Fancy hearing Tim Berners-Lee speak on his hopes and fears for the Open Web? How about immersing yourself in the MIT media lab? Keynotes from Tina Roth Eisenberg (a.k.a. swissmiss), Julie Uhrman (founder and CEO of OUYA), Elon Musk (of Tesla Motors and SpaceX) or Matthew Inman (the Oatmeal creator) tickle your fancy?

The sheer number and quality of sessions is terrifying, so Vibor will have his work cut out to catch the best material related to his passions of technology, startups and User Experience design. And the good news is, he’ll be reporting back to us.

So, stay tuned for some Tex-Mex flavoured insights hitting our blog soon! And in the meantime, if you’re at SXSW yourself, do give Vibor a shout at [email protected] or on Twitter: @viborc. 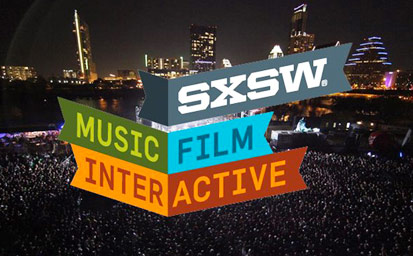